You will find the top 2 free Twitter unfollow tools to remove unnecessary users in this article.

In the beginning, there was not a massive crowd on Twitter. But, after increasing the traffic of Twitter.com day by day, the organic reach on Twitter decreased significantly. (reduced clicks and engagements)

You would know what I mean if you have a few thousand Twitter followers and follow a few hundred active Twitter users. Every second, hundreds of Tweets flooded the homepage. So it is harder to market your business on Twitter.

But, it can be done. You need to use specific Twitter marketing strategies for that.

One core of any social media strategy has a good, quality follower base.

What do I mean by quality followers?

It doesn’t make sense if you have 100,000+ followers but don’t have the engagement; Not getting retweets, clicks, replies, etc.

That’s where you should pay attention to unfollowing Twitter accounts that add no value.

There are two ways you can unfollow someone on Twitter.

Manually unfollowing someone on Twitter is perfect if you know the person and their reason. However, if your goal is to unfollow the bulk of people at once without worrying too much about it, then you should use an online tool for unfollowing people on Twitter.

This is the most successful and easiest way to unfollow unfollowers, inactive users, and spammers on Twitter. You would receive many advantages from using a Twitter unfollow tool. Some of them are,

If you have a large Twitter following (and followers) and want to clean up the Twitter account weekly, you can use a Twitter unfollow tool. It is the best and the easiest way to go as you can save valuable time and unfollow hundreds of inactive and nonfollowers easily without any effort.

People usually check your Twitter profile and the people you follow on Twitter to identify your professionality and personality. What if you’re a businessman and handfully following a bunch of spam Twitter accounts accidentally?

It’s not a good image for your brand, right?

Yes, so that’s why you should ask these TWO questions before unfollowing someone on Twitter permanently…

Two Questions to Ask Before unfollowing someone on Twitter

Here are some of them:

Furthermore, CircleBoom provides other tools for Twitter, such as.

Also, CircleBoom Dashboard is mobile-friendly. So, if you are looking for a good Twitter unfollow app, you can use CircleBoom on your phone.

Formerly known as justunfollow.com. The CrowdFireApp online Twitter tool provides a few useful tools for Twitter users. Among the tools, Twitter unfollow is one of those free tools.

You can easily find inactive and non-following Twitter users through CrowFireApp.

Even though CrowdFireApp doesn’t have various filtering options like other Twitter unfollow tools, CrowdFireApp is still a good tool for those who like a simple user interface.

As a Twitter tool, CrowdFireApp has started widening the features, so you can even now check whether someone has followed another person on Twitter.

How Should You Use Twitter Unfollow Tools? And how often?

Now you have learned two ways to unfollow someone on Twitter; the manual and automatic methods. Even you knew how to unfollow everyone on Twitter. Not only that, but you can also find out who unfollowed you on Twitter. These are the great lessons you learned from today’s article.

Personally, I don’t often use Twitter unfollow tools. Because I rarely follow someone on Twitter (I use this tactic for other social media accounts as well). The people/celebrities/organizations/companies I follow, I know pretty well, or I know that I could get something out of them in the end.

If you follow people regularly and want to check unfollowers on Twitter, I recommend you use one of your favorite Twitter unfollow tools at least once weekly. So you can easily manage your Twitter accounts.

Never depend on Google or any social network for web traffic. Spread your traffic generation strategically and safeguard the survival of your business no matter what the next update from Google or Facebook is! 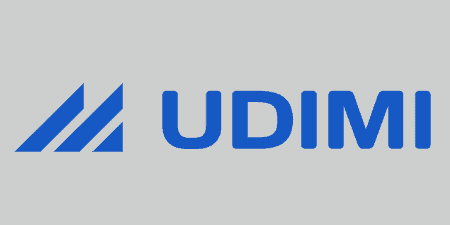