Integrately is a tool like Zapier that allows you to connect your favorite apps and automate task workflow.

I have written a detailed review on Integrately before and today, I will share what happens to Integrately with its recent pricing update.

In this article you will learn:

Integrately updated their pricing plan for the first time since the start of the subscription-based model on 10th June 2021. Take a look at the screenshot below for the most current Integrately plans and pricing.

Starter and Professional are two of the most popular plans in Integrately. Many small businesses and marketers who want to try the Integrately app before moving from Zapier, Integromat, etc, start with either Starter or Professional plans mostly. Here are major differences between those two.

The distinctions are apparent as the Pro plan provides higher tasks (almost three times) and more automation (Zaps) and features like Iterator and AutoRetry and quicker polling time while the price is increased just below two times of the Starter plan.

If you are an agency owner or want to add your team members, Growth Plan would be the best choice.

Both are competent tools feature-wise. Integrately.com is a newcomer, while Zapier.com has already established a name in the marketing space, has a $5.0 billion market cap, and raised $1.3 million in venture capital.

Also, to get features such as unlimited users and shared folders in Zapier, you will have to upgrade to the Team plan that starts its pricing from $448.50 (50,000 tasks/mo)!

However, Zapier dominates when it comes to app integrations. Even though Integrately has an Automation Store where you can find thousands of one-click integration receipes, it still lacks far behind Zapier in terms of native integrations.

But, if your app, service, tool, or software has webhooks/callback or API features, you can now easily connect it with Integrately manually and use it without issues.

Integrately was started in 2020 by people behind CompanyHub. I have personal experience with Integrately’s journey because I was an early adopter. I was able to buy an Integrately Lifetime deal (Agency Lifetime) when it was offered.

For several months, Integrately’s running a referral program where people can refer friends and become a winner.

Note: Zapier was on the Appsumo marketplace several years ago when it was a small startup. Appsumo is an LTD (Lifetime deal) marketplace where you can buy marketing tools. If you missed that opportunity, do not miss this one! They are still running the refer and earn program where you can win a subscription account for life with this Integrately Lifetime deal.

Integrately ran a promotional early adopter offer to get buzz and people talked about the product. I bought the Reseller (100,000 monthly tasks plan). It includes 10 sub-accounts and several other features.

Also, its features such as History and custom logic make it is more powerful. Webhooks and API let you seamlessly connect any apps that are not natively integrated with Integrately yet. Read my review on Integrately to learn how to use it for your business.

So, which Integrately plan would you consider cheaper and value for money? Have you ever found a cheaper alternative to Integrately? Share your opinions below comments. 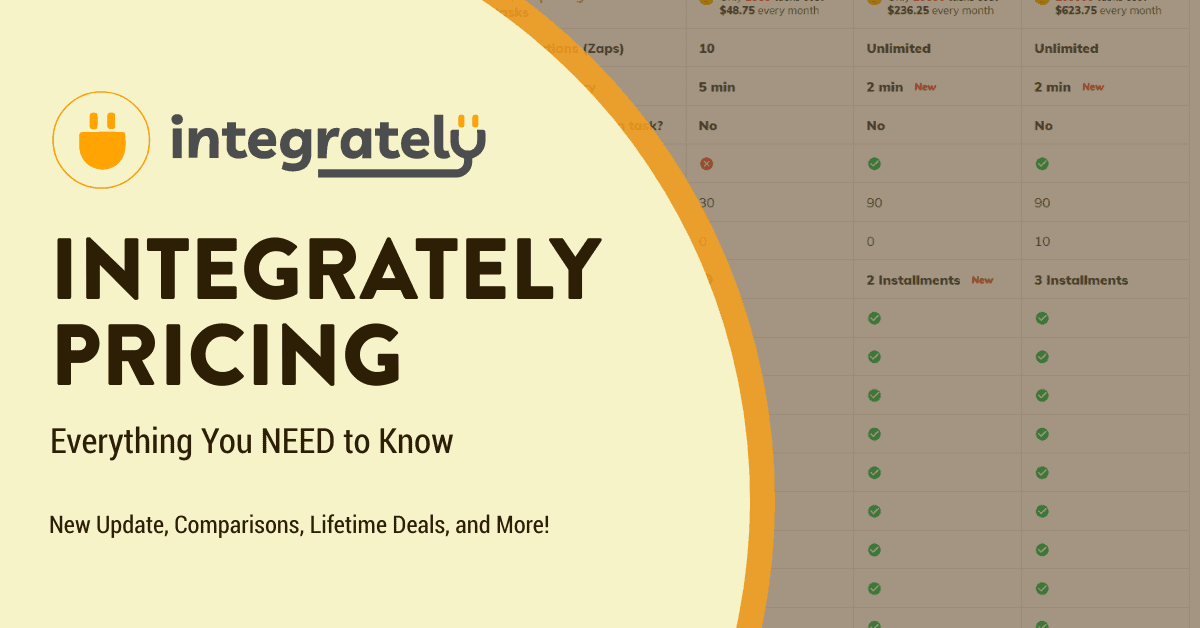